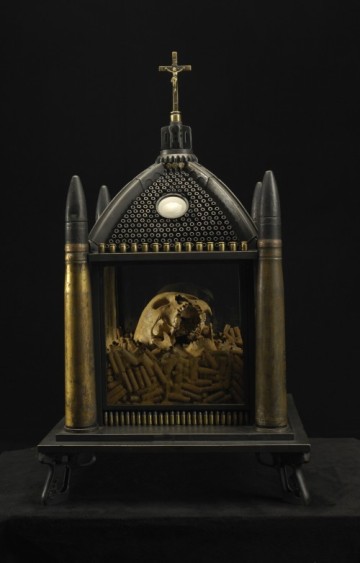 Al Farrow is a San Francisco based sculptor who uses media associated with warfare to reconstruct religious buildings for his “Twentieth Century Reliquaries” series.  At first glance these intricate pieces look like miniature replicas of churches, synagogues, mosques, monuments, and mausoleums.   But a closer look shows that Farrow has used guns and bullets to sculpt religious buildings.  Particularly notable are Farrow’s reliquaries, also made out of bullets and firearms, which contain the bones of fictional saints.

The juxtaposition of sacred imagery and weapons is a statement about how the world’s religions have used violence to perpetuate their beliefs systems throughout history.  Not to mention the irony of fighting wars to obtain or protect the relics of martyrs who suffered incredibly brutal deaths. 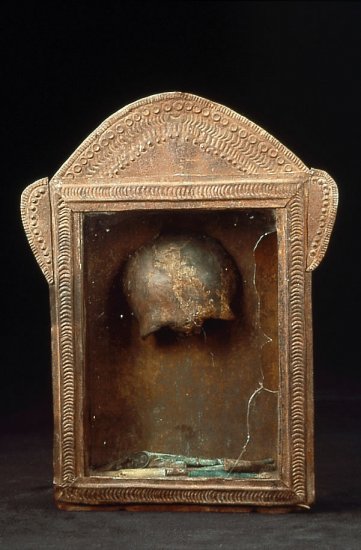 See more of Al Farrow’s work at his website

Like Loading...
‹ The Remains of Saint Peter Displayed During a Celebratory Mass
The Skeleton Of Elizabeth Brownrigg, 18th Century Murderer ›