Home › Archaeology › The race to save the decaying Chinchorro mummies

The race to save the decaying Chinchorro mummies 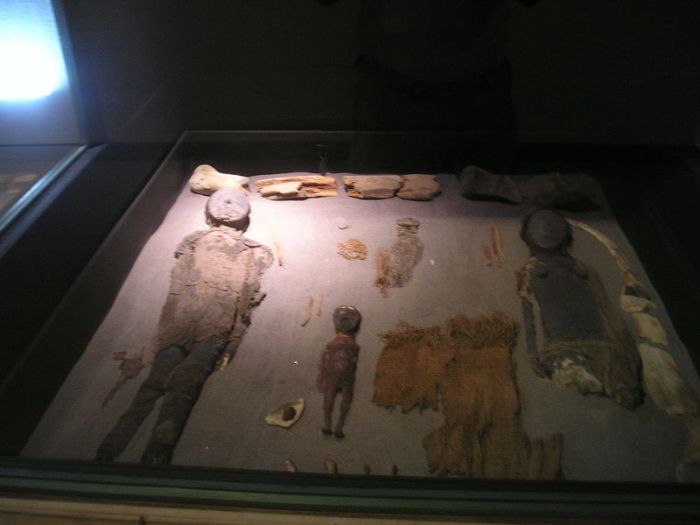 The doll-like mummies of the Chinchurro culture are the oldest mummies in the world but have started to decompose at an alarming rate in the last ten years. Museum officials at the University of Tarapacá’s San Miguel de Azapa Museum in Arica, Chile found that the 120 mummies in their collection were starting to decay and their mummified tissue was turning “black and gooey.” The museum rushed to find out why the remains were decaying and figure out how to prevent further damage.

The Chinchorro mummies were discovered 1917 by German archaeologist, Max Uhle, since then about 282 mummies have been found. The Chinchorro people, who lived in the arid region of northern Chile and southern Peru, started preserving their dead around 5000 BC, which is about 2000 years before the Egyptians. Everyone in this community had access to mummification, no matter their social status, though the manner of preservation might have differed.  For example, the body belonging to a poor person might have been naturally mummified and the body of a person from a higher economic status would have had their organs removed and body preserved with straw and paste.

The methods that the Chinchurro used to mummify their dead fall into four categories: black, red, mud-coated, and natural.

Ralph Mitchell, professor emeritus of applied biology at Harvard University, and his team examined the mummies and experimented with mummified tissue and pig carcasses to try to figure out why the mummy’s were decomposing. They discovered that in conditions of high humidity naturally occurring bacteria on skin consumed the tissue on the mummies after 21 days. Mitchell recommended that the museum keep the humidity in the room where the mummies are kept between 40% and 60% to prevent further decomposition.

Marcela Sepulveda, a professor of archaeology at the University of Tarapacá, told CBS News that humidity levels in the region have increased in the last ten years and Chile’s changing climate maybe why the mummies are putrifying.

The good news is that the museum at the University of Tarapacá can prevent further decay in the mummies in their collection. The bad news is that there is little that can be done to halt the process in mummies that have yet to be unearthed.

Like Loading...
‹ A map of Cambodia made with 300 human skulls
Researchers may have found the elusive tomb of Miguel de Cervantes ›