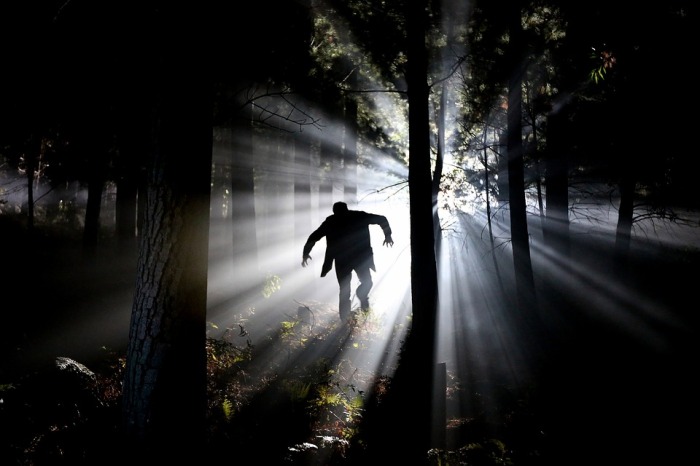 For me, zombies are probably the scariest of the iconic horror monsters because humans are either zombie food fighting for survival in a post-apolocalypic landscape or they are transformed into mindless walking corpses that are doomed to feed on the bodies of other people.  While these stumbling, groaning revenants may haunt our nightmares and scare us in horror movies, there some people who wake up convinced they are the walking dead.
In May of 2013, Helen Thomas of New Scientist told the story of a man named Graham.  About eight months after he attempted suicide via electrocution in a bathtub, Graham complained to his doctor that his brain was dead or was missing.
He would not eat unless coaxed by family because he considered it a “waste of time.”  Neither his family or doctors could convince him that he was indeed alive because he was breathing, walking around, and talking.
During an interview Graham said, “I just felt like my brain didn’t exist any more. I kept on telling the doctors that the tablets weren’t going to do me any good because I didn’t have a brain. I’d fried it in the bath.”
Graham’s case ended up in the hands of neurologists Adam Zeman of the University of Exeter, UK and Steven Laureys at the University of Liège in Belgium.
Zeman and Laureys diagnosed him with Cotard’s Syndrome (CS), also known as Cotard Delusion or Walking Copse Syndrome.  People with this delusion are convinced that they are either dead or do not exist, and, in extreme cases, the person will believe that they are putrefying and have lost their internal organs  According to Psychology Today, CS is typically found in people diagnosed with schizophrenia, but is a known side-effect(!) of an anti-viral drug called acyclovir that is used to treat herpes.
Walking Corpse Syndrome was first described in 1880 by Jules Cotard at the the Société Medico-Psychologique.  During his lecture, Cotard discussed the case of “Mademoiselle X” who believed that she had “no brain, nerves, chest, or entrails, and was just skin and bone,” and that she did not need to eat or drink because she was immortal.
Graham’s case provided a breakthrough to researchers because, for the first time, doctors were able to observe the brain activity of a person with CS thanks to positron emission tomography, or a PET scan.
Neurologists saw that his brain function in large areas of his frontal and parietal regions looked very similar to patients during sleep or under anesthesia, and compared to people in a vegetative state.  It’s important to note that Graham was awake during the PET scan.
Zeman stressed (to Thomas of New Scientist) that they should not draw any conclusions from one PET scan and that more research needs to be undertaken.  He said that the scans could have been affected by antidepressants and this “reduced metabolism as giving him this altered experience of the world, and affecting his ability to reason about it.”